Online giving has emerged as a promising alternative to in-person fundraising events that have been cancelled globally in response to COVID-19. Online giving in virtual fundraisers grew by over 20 percent in 2020 and accounted for a record 12.9 percent of total annual fundraising. Smaller nonprofits with fundraising goals of $1 million or less gained the most from this boom in online giving, with virtual donations accounting for an average of 18.9 percent of their annual revenue.

In this article, we’ll take a look at some successful online gaming-based fundraisers and break down the key insights and takeaways that led to their outstanding revenue generation.

But first, what is online charitable gaming?

Online charitable gaming fundraisers are virtual events that recreate traditional fundraising games, such as 50/50 raffles, Catch the Ace, and sweepstakes. they are exciting, low-cost events that drive high engagement and giving from new and existing donors.

50/50 raffles use numbered ticket sales to raise funds for a collective donation “pot” that will be ultimately split between one lucky winner and your organization. Once a winner has been selected, half of the raised funds will be theirs to claim, while the other half goes to your organization (hence the “50/50” moniker!).

50/50 raffles are popular because of their inherent momentum-building potential. Since ticket sales continuously grow your jackpot, the prize up for grabs in online 50/50 raffles becomes more enticing the longer your event runs. This self-sustaining cycle has led organizations to break fundraising records and grow donor bases.

Catch the Ace is a progressive raffle that sells tickets for a chance to win weekly jackpots as well as a larger, progressive jackpot. The card chosen by the player is associated with the purchased ticket. However, throughout the game, the player won’t know which card they chose; they will only learn about their card if they win the weekly draw. Ticket sales from Catch the Ace typically follow a 20-30-50 split. 20 percent of weekly ticket sales go to the weekly jackpot, 30 percent to the progressive jackpot, and 50 percent to your nonprofit. This split is a perfect balance between driving donor engagement and revenue generation.

The goal is to choose and reveal the Ace of Spades. So, the game may run for up to 52 weeks (since there are 52 cards) or until the Ace of Spades is caught. Every week, a draw is held where one ticket is randomly selected as the winning ticket.

The person with this winning ticket wins the weekly draw, which is 20 percent of all ticket sales in that week. Additionally, the card associated with the winning ticket is revealed and displayed on the website — this opens up two possibilities:

If the card revealed is not the Ace of Spades —

If the card chosen is the Ace of Spades —

Why you should consider online raffle-based fundraising for your nonprofit

It’s no secret that fundraising has been tough over the last few years. Almost half of all nonprofits were forced to cancel or postpone crucial fundraising events in response to COVID-19, leading 56 percent of nonprofits to raise less than expected. Fortunately, virtual fundraising has provided a new way to connect with donors, promote giving, and meet fundraising goals.

Organizations that pivoted from traditional fundraising events to virtual events have avoided the struggles most of their peers have faced over the last few years. 62 percent of nonprofits that tried virtual fundraising events met or exceeded their fundraising targets. A few advantages of choosing to run an online raffle-based fundraiser are:

How to choose an online raffle that’s ideal for your nonprofit: A 50/50 program vs. Catch the Ace

Nonprofits must be strategic when deciding which type of online fundraising event they’ll pursue. Both 50/50 raffles and Catch the Ace each have unique strengths that nonprofits can benefit from. While both virtual fundraising games have the potential to dramatically grow your donations and donor base, ensuring your chosen game aligns most closely with your fundraising needs and capabilities can lead to greater success.

To figure out which online raffle is right for you, ask yourself these four questions:

1. How long do you want to be in the market with a program?

It’s important to consider timeframes when comparing 50/50 raffles and Catch the Ace campaigns. A typical 50/50 campaign runs from four to six weeks. Charities can run these continuously throughout the year or more selectively (i.e. seasonal) according to their fundraising needs.

Standing out during your virtual fundraising event never hurts, so charities should review what kind of online programs are running in their market before choosing a campaign. If a few 50/50 raffles are running in your market, a Catch the Ace campaign may help avoid market saturation and stand out from the crowd.

3. What kind of budget and time investment are you prepared to make?

50/50 raffles and Catch the Ace both require an investment of time and financial resources to drive success. To figure out which program is best suited for your organization, speak with an Ascend Lottery Consultant.

4. Which game is your audience most familiar with?

If your donor base is unfamiliar with online fundraising raffles, it may be a good idea to keep your first campaign simple with a 50/50 raffle. However, if raffles are relatively common in your market, progressive raffles like a Catch the Ace program can pique donors’ interest and provide an opportunity to raise over a longer period.

1. Online gaming-based fundraisers are cost-effective, easy to implement, and an engaging way to grow your donor database

50/50 raffles and Catch the Ace both offer a cost-effective path toward more successful fundraising events.

Using donations to fund the “pot” eliminates the need for expensive physical prizes. And the virtual event format allows organizations to avoid paying for high-dollar venues, food and drink, parking, and other costs generally necessary to generate a strong turnout at in-person events. Most 50/50 raffles become entirely self-sufficient after two to three rounds of ticket sales, while Catch the Ace runs begin paying for themselves within a month of launch. Apart from the lower financial investment required, online charitable gaming events need much less time and effort to set up and run.

The Lake of the Woods District Hospital 50/50 Raffle

Dryden Regional Health Centre, a small, rural health practice serving roughly 30,000 patients, struggled to raise funds during COVID-19 without in-person events. After pivoting to virtual fundraising with Ascend, the DRHC grew its donor list from 7,000 to over 20,000, representing nearly a 200 percent increase.

2. Online gaming-based fundraisers provide an excellent incentive for supporters to give and make an impact

Online gaming-based fundraisers have a strong track record of incentivizing donors to support the missions of our partner nonprofits by providing them with an opportunity to win life-changing amounts. Ascend partners that recently used our online raffles to incentivize their donor base to give include:

The Ontario Federation of Anglers and Hunters Catch the Ace Program

In an attempt to grow donations for conservation, cut rising costs from traditional fundraising, and increase club membership, the Ontario Federation of Anglers and Hunters teamed up with Ascend to launch a Catch the Ace program. The team initially set a loose goal of raising $140,000, but after the 24-week program, they generated $1.24 million in gross ticket sales, awarded approximately $230,000 in weekly draws and hit a jackpot of almost $400,000. The grand prize winner, an out-of-work tow truck driver, received $395,000.

The University Hospital Foundation (UHF) has been serving residents of Alberta, Canada for over 40 years. In 2020, they were worried that they would not be able to meet their fundraising goals with their traditional fundraising events. Ascend online 50/50 program helped UHF generate over $900,000 in gross ticket sales. One lucky winner walked away with over $400,000 and UHF earned approximately $300,000 in net donation revenue. Additionally, UHF added thousands of potential donors to their email database and have been able to convert some of these lottery donors to monthly donors.

3. Partnering with the right vendor for implementation can be a key differentiator

Choosing the right vendor for your online fundraiser is a crucial decision that will significantly impact the revenue and reach your event generates. Ascend’s end-to-end, full-service programs can help you navigate the setup and implementation for your online raffle along with marketing, promotions, licensing and more to ensure the best odds of fundraising success. Let’s look at an Ascend partner that recently celebrated a big win —

The online 50/50 program was not new to Sinai Health Foundation; they were convinced of its effectiveness and had tried it before, but with suboptimal results from a pure-play software supplier. They were on the lookout for a partner who could provide a more comprehensive turnkey solution to help them acquire donors and increase revenue. With an average increase of 80 percent in gross sales over two draws, 47 percent increase in average revenue per donor, and a significant lift in net margin, the Ascend 50/50 program focused on excellent marketing and customer support that ultimately helped the Sinai Health Foundation exceed goals and surpass expectations.

We’re here to help you scale up your fundraising game with cost-effective, engaging, and modern online raffle programs. Schedule a call now with one of our experts to learn how you can exceed expectations and surpass revenue goals with your next fundraiser. 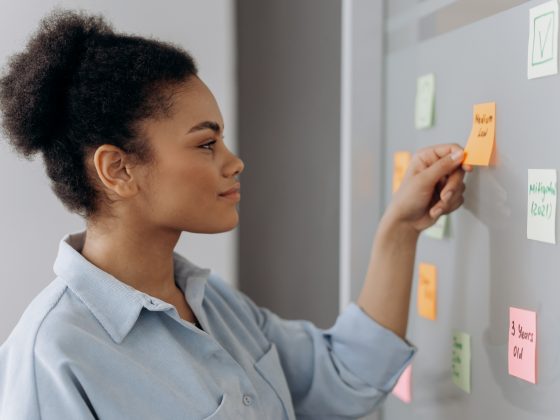 7 Creative Fundraising Ideas that Boost Revenue for your Nonprofit 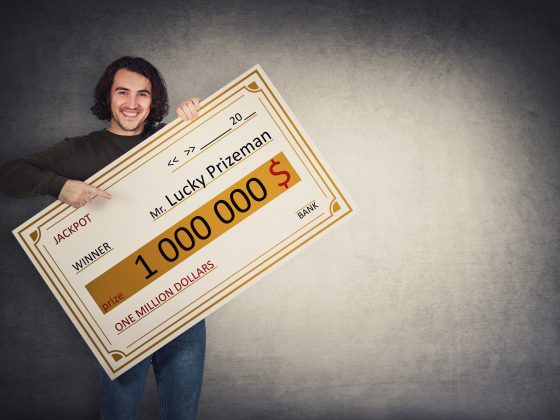 The Future of Nonprofit Fundraising: How Online Raffles Can Be a Gamechanger 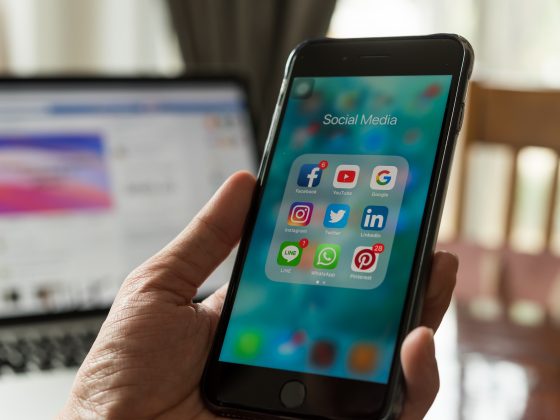 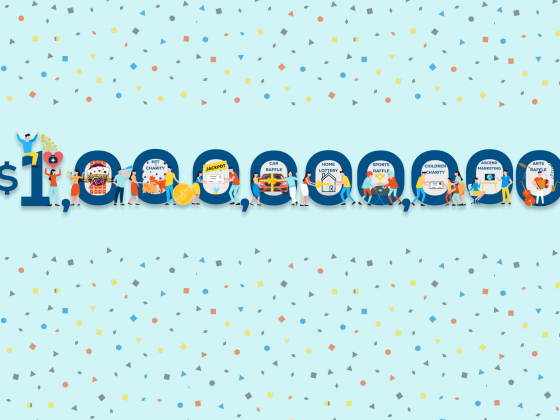